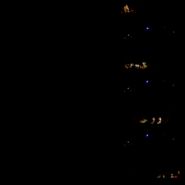 The War On Drugs' new live album is culled from different concerts over a five year period. These live versions of tracks from their 2008 debut Wagonwheel Blues and 2017's A Deeper Understanding, among other albums, feature audience participation and enthusiasm, as well as some alternate song arrangements. Tracks like "Eyes To The Wind" which have evolved quite a bit from their recorded versions are now captured here for the fans to enjoy at home.