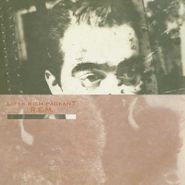 Peaking at #21 on the Billboard charts, R.E.M.'s fourth studio album was their highest chart-topper in the US. The album was recorded at John Mellencamp's Belmont Mall Studios in Indiana and recorded by his longtime producer Don Gehman. It features "Fall on Me," a personal favorite of Stipe's plus the classic "Superman."