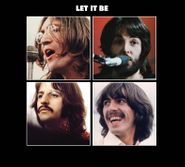 The Special Edition Deluxe 2CD also includes a disc of outtake highlights and a 40-page booklet.