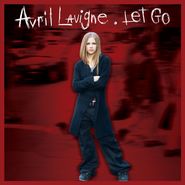 Twenty years ago, Avril Lavigne burst onto the airwaves and into millions of pop-punk-loving hearts with the release of her debut Let Go. The album’s infectious hits include “Complicated” and “Sk8er Boi,” and now in its 20th-anniversary edition, fans will get five bonus tracks plus a reimagined new recording of “Breakaway.” Bonus material includes B-sides from the Let Go sessions, including “Get Over It” (a B-side of “Sk8er Boi”) and “Why” (a B-side of “Complicated”). The anniversary edition also includes “Falling Down” (from the soundtrack to Sweet Home Alabama) and “I Don’t Give Up” (from the soundtrack to American Wedding.) Turn it up loud!