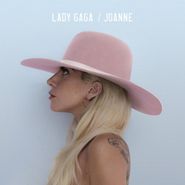 It’s been a minute since Lady Gaga has dominated the pop landscape. After the underwhelming ARTPOP, Gaga changed gears for a bit, recording a fine duet album with Tony Bennett and starring in American Horror Story: Hotel. Joanne, her fifth studio album, sees Lady Gaga thankfully trying equally as hard to retake the throne as she does to be taken seriously as an artist. It starts with “Diamond Heart,” one of her best tracks yet, featuring guitar fireworks from Queens of the Stone Age’s Josh Homme and the kind of winningly inspiring chorus only she can pull off: “I’m not flawless, but I’ve got a diamond heart.” “A-Yo,” the collection’s best single, is a rollicking sing-along-in-the-car jam they don’t easily make anymore, a sort of early ’00s throwback reminiscent of the best of Amy Winehouse, Shania Twain, and Nelly Furtado, effortlessly blending swaggy rock and radio pop for the kind of track everyone can agree on. A good chunk of that feel can be attributed to producer Mark Ronson’s velvet touch, which gives the collection a retro feel on tracks like “A-Yo” and the title track, a Stevie Knicks-inspired stunner of a ballad that pairs vocal rawness and sunny acoustic guitars with powerhouse choruses and delicious ’70s strings. But co-producer BloodPop (formerly known as Blood Diamonds) adds the kind of warped electro details that make all the difference and keep things firmly in the here and now. Gaga’s unequaled vocal prowess shines on “Dancin’ in Circles,” a new ode to “dancing with yourself” (same lyric: “up all night trying to rub the pain out”); single “Perfect Illusion,” which features a towering chorus reminiscent of “Bad Romance”; and “Million Reasons,” which sees her gunning for Adele’s territory, a forlorn power-ballad built on simple piano and acoustic guitar. Some of the best songs here find her stretching her wings, like the silky, synthy Beck co-written “Hey Girl,” which features co-vocals by Florence Welch and sounds like something pulled from the “Solid Gold” era (seriously, these three should start a Lady Bee Gees-style side project). It doesn’t have the pizzazz or full-on aural assault of some of her earlier work. But in place of that is an album that finally showcases Gaga’s estimable songwriting and singing abilities without having to rely on too much flash. While she sometimes overreaches, like on “Come To Mama” (“everybody’s gotta love each other, stop throwin’ stones at your sisters and your brothers”), even then, Ronson, BloodPop, and Gaga’s music is never short on thrills, touching on showtunes, film music, and pop across the decades (especially the decadence of the ’70s) for a cohesive album that plays to her strengths better than any of her previous work.