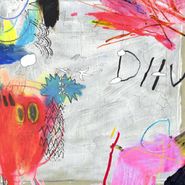 Diiv is back after four years with an album that delivers on the promise of their debut, Oshin. Musically, Zachary Cole Smith and company still dole out shimmering guitar-pop nuggets that surf on waves of reverb and atmospheric distortion. Is The Is Are is a bit sprawling at 17 tracks, but that also gives them room to roam, feeling like an alt-rock record of yore.