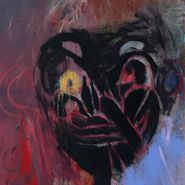 DIIV steps into uncharted territory on their new album, Deceiver. The album marks the first time lead vocalist/guitarist Zachary Cole Smith and vocalist/bassist Colin Caulfield both brought in demos and split songwriting duties, while the whole band put work into arranging the tracks. Never fear, though: the band’s signature post-punk sound is still there, just with a slightly heavier vibe. This is thanks in part to album influences (Unwound, Elliot Smith, True Widow, and Neurosis have all been cited by the band) and partially stemming from Cole’s time spent in recovery. Produced by Sonny Diperri (My Bloody Valentine, Nine Inch Nails, Protomartyr), it’s a new direction that works well with the band's existing framework. A smart, impactful record that goes hard sonically and emotionally.