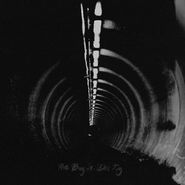 For In Blue, producer The Bug (Kevin Richard Martin) teamed up with vocalist/producer Dis Fig (Felicia Chen) to create a darkly immersive electronic sound immediately evident in the pulsing and ghostly single "You." Elements of industrial, dancehall, dub, and trance are all submerged into these tracks, sometimes reminiscent of Portishead's album Third, especially "Blue To Black." "Come" is gently grimy and distorted, followed by the more industrial - but still hypnotic - "Destroy Me." The second half of "No Return" is especially intriguing and creepy. You can call it submarine dub or "tunnel sound," or maybe the dancing of haunted machines in the dark.