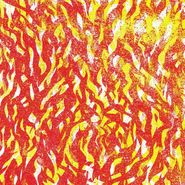 Legendary British producer Kevin Martin is back with his first new full-length album under the Bug moniker in seven years, “Fire”, the third album to his urban triptych (London Zoo & Angels & Devils).

Kevin Martin is known globally for his experimental cross of genres (electronic, hip-hop, dubstep, dancehall and grime) and has received endless support over the years from fans and press alike. His previous records have received critical acclaim with London Zoo (2008) named “Record of The Year” in Wired’s annual critics’ poll and Angels & Devils (2014) ranked #2 on Crack’s “Albums Of The Year”, Mojo’s ‘Top 10 albums of the year’, #5 on Quietus’ “Albums of the year”, and #18 on Rolling Stone’s “20 Best Electronic and Dance albums of 2014” and many more.

Fire is an exhilarating 14 track album featuring the legendary MCs Moor Mother, Flowdan, Daddy Freddy, Irah, Roger Robinson, Nazamba, FFSYTHO, Manga Saint Hilare and Logan and possibly the most ferociously realised and immensely moving music Kevin has ever made. The album is a response to the unique circumstances of the past year and also a chance to reflect on his journey from reclusive sound-obsessive to family man.