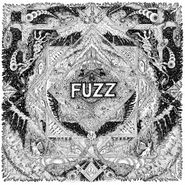 Ty Segall and his band of evil merrymakers are back for another FUZZ album. This is real-deal, heavy blues proto-metal made by three guys who live and breathe this stuff. With Segall at the drum kit and singing along with Charlie Moothart (Moonhearts) on guitar and Chad Ubovich (Meatbodies) on bass, Fuzz live up to their name with chunky riffs, meaty basslines and Segall doing his best banshee wail. This time around, the songs are more intricate, the album’s longer and there’s little feel of this being a side project for anyone involved. Songs like “Time Collapse II/The 7th Terror” are allowed to go beyond merely being early metal homages, taking off into unexpected directions and stretching to epic lengths. Moothart’s guitars seem to shoot lightning and laser beams on the grooving “Rat Race” and sink into glorious sludge on “Bringer of Light.” Ubovich’s fuzzed-out bass gives extra oomph to monolithic stoner jams like “Pollinate” and “Pipe.” Segall’s no slouch behind the drums, either, giving “Sleestak” its Can-esque rumble. II doesn’t stray too far from its Black Sabbath/Blue Cheer roots, but in doing so it manages to land like a sledgehammer into a brick wall, its distorted waves resonating far and wide.