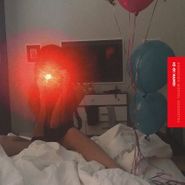 Unknown Mortal Orchestra's Ruban Nielson is no stranger to releasing works that reference many different influences. While he and his fellow band members were recording their prior album Sex & Food in Hanoi, Vietnam, they also laid down some instrumental tracks that make up their second 2018 release. Take for instance initial single "Hanoi 06," which finds the trio boldly venturing into new territory, that of avant-garde drone and jazz fusion featuring blistering saxophone work by Nielson's father Chris. Fans expecting more conventional elements may be disappointed but those who don't mind being challenged in their listening habits will be pleasantly surprised.