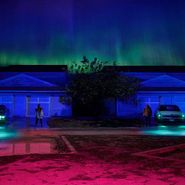 Big Sean's fourth album is a big deal. Just one listen to the single "Bounce Back" and you'll see why. While some hip hop artists make weak beats and cheap lyrics that feel like they're phoning it in, the effortless delivery of Big Sean's voice and weirdo electro beats makes him the king. His style is closer to Kanye West's vibe of hip hop (replete with a sample straight from Life of Pablo) than any other rapper in the game. It owes as much to urban living and black America as it does to high-minded, art school risks and chances. There's an admission of both his meager roots and his newfound wealth, which he delivers with shameless swagger. It makes Big Sean feel like a pop idol and like one of us, too. "Bounce Back" was easily up there with the best singles of 2016. So it's a tremendous relief to know the full album, I Decided, is just as amazing. Each track is a perfect dance jam that takes you on a mellow wave that's both chill and irreverent. "Halfway Off The Balcony"'s beat is almost haunting and frightening. It feels like the record is going to melt onto the platter any second. His lyrics are similarly shakey and frightened, but he delivers it with panache and full confidence. Though he often dissolves into self-loathing, you'd almost never figure it with his calm, collected, and flawless delivery. "Moves" is a straight-out party track. There's almost a lack of the socially conscious aspects found on the other tracks and instead brings a sense of fun to mix up the serious mood. That sense of success and sexual desire perfectly balances like a tightrope walk. At only twenty-eight, Big Sean is primed to be one of the biggest artists of the decade. His strange decisions and killer beats make I Decided feel more progressive than any album out today.