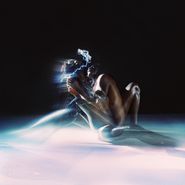 Yves Tumor’s existence is something of a paradox: cloaked in mystery and with a vague musical past, yet emerging as viable of a capital-R “rockstar” as we’ve seen in the past decade or so - you know, those iconoclastic figures who dominated the spotlight and airwaves ‘til shortly into ‘00s. With every music video his visual presence becomes more striking and akin to something out of The Fifth Element, and with every album his musical ambition grows grander. Following 2018’s Safe in the Hands of Love, which found the artist broadening his sound palate considerably, Heaven to a Tortured Mind does not disappoint as the next phase in this evolution. There are plenty of reference points in this dark subversion of pop and rock music tropes; David Bowie’s Scary Monsters material comes to mind, as does Prince, especially on a power-ballad like “Kerosene!.” Squint and the magnificently named “Gospel For A New Century” sort of resembles a demented Lenny Kravitz rocker. While Yves Tumor undeniable draws upon the larger-than-life persona of superstars past, you’ll never forget whose record you’re listening to. With an admittedly limited, untrained voice, the sheer range of sounds and genres that Yves Tumor is able to remake as his own are astounding. Good albums are often those that give the listener some good songs. Great albums give them something to explore. Heaven to a Tortured Mind is worth getting lost in.