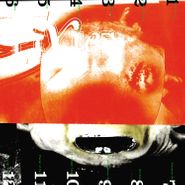 The Pixies prove they're just as raw, smart, combative, and thoughtful now as when they burst onto the scene in 1988 with Surfer Rosa. This is the band's first album with bassist/backing vocalist Paz Lenchantin, whose dulcet voice serves as an interesting contrast to some of Black Francis's more aggressive moments. It’s impressive to see them knock another one out of the park.