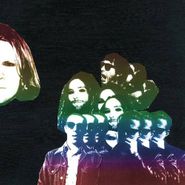 Being prolific is overrated. Sure, any garage punk band can bang out half a dozen or so cassette releases a year, just like any would-be bedroom auteur can fill up a Bandcamp page with hundreds of digital albums titled entirely in lowercase letters. Yet in this ADHD-afflicted age of every bit of content fighting for our eyes and ears at all possible times, quality trumps quantity more than ever. Ty Segall gets this more than anyone. Yes, Freedom’s Goblin marks his 10th studio album in 10 years, not including the insane amount of collaborations and side projects he’s been a part of. While easily his longest album to date, Goblin is far from being more for the sake of more. Instead, the dude happens to be overflowing with great ideas and is far more talented at getting them out quicker than just about anyone else.

In the past, certain albums have encapsulated specific moods of Ty’s personality: there was the contemplative Sleeper, the dirty punk of Melted, and the sonic warfare of Slaughterhouse. Since 2014’s Manipulator, Ty has opted to combine and contrast these different sounds more freely on each release, and Goblin is no different. Over these 74 minutes we are treated to a cornucopia of styles, all crowding each other for occupancy in Ty’s already overflowing brain. There’s the hardcore punk of “Meaning” jostling with The Band-via-Blue Cheer stomp of “Fanny Dog.” “Despoiler of Cadaver” brings in some of the earlier DEVO-ism of Emotional Mugger, while the cranked amp heroics of “Alta” have all the subtlety of a Grand Funk Railroad concert. There are plenty of tender moments as well: “My Lady’s On Fire,” contrary to its title, is a sweet, Big Star-indebted ballad. “Cry Cry Cry” is a bucolic pop masterpiece worthy of George Harrison. The biggest winner of all, however, might be the cover of Hot Chocolate’s “Every 1’s a Winner.” With impossibly fuzzy guitars laid atop the deepest, funkiest groove he’s yet committed to tape, it encapsulates the musical tight rope between bombast and tastefulness that Ty Segall walks so deftly. It’s also just one of 19 reasons to listen to what might be his biggest accomplishment yet.