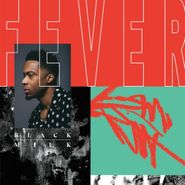 Curtis Cross has a thankless task. As a 2+ decade veteran of the Detroit/Slum Village scene, both behind the mic and behind the boards, as well as a frequent collaborator with the legendary J Dilla, Black Milk has carved himself a steady and respected presence in underground hip-hop. And now that the dude has gone out and released what may be his best work yet, the greater hip-hop establishment has failed to take notice. How else to explain the lack of proper fanfare regarding such an excellent album? Following 2016’s The Rebellion Sessions, an instrumental collection performed and produced by Curtis and his band, Fever is a culmination of all Black Milk’s talents, particularly in its gorgeous and dense production. This is psychedelic music with a heavy jazz and neo-soul influence, a mix of live band instrumentation and samples organized by a producer unafraid of hazy atmospherics and more than willing to take an unconventional approach to how a hip-hop album should sound. Opening track “unVEil” makes this evident right away, where a gorgeous tapestry of synths gives way to a funky bassline and one of strangest “beats” you’re likely to hear on a hip-hop track; a surreal gem that approaches Ariel Pink-levels of hypnagogia. Pair Fever with last year’s Brick Body Kids by Open Mike Eagle for an antidote to any accidental Soundcloud-rap overdose.