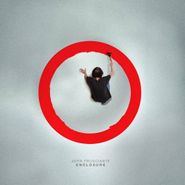 Once and future Chi Pep guitar wunderkind/polymath returns with another album of dusty glitched out jungle breaks, mournful vocals, and the wildly inventive guitar playing the label does their best to advertise at the door, despite the album being so much more it's nearly impossible to account for. It's no secret that Frusciante has both the technical skill and imagination to execute whatever musical idea occurs to him, regardless of genre or instrumentation. On Enclosure, the guitarist seems to have come into his own, offering a slightly more refined/consistent take on the wildly varying guitar and electronic song experiments that populated 2012's PBX Funicular Intaglio Zone. Enclosure, if anything, proves that those weren't experiments and if they were, they were directional, towards the goal that became Enclosure.