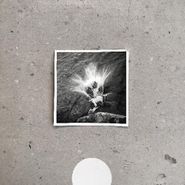 Nils Frahm drops a new album of dreamy, atmospheric piano pieces entitled Empty. If they sound appropriate for a film soundtrack, that's because they were originally written for a short art film of the same name that Frahm made with director Benoit Toulemonde. Released digitally to mark Piano Day (Oct. 12th), these eight brooding lullaby-like pieces range from ominous to soothing to inspiring, all with the artistic composer's distinctive touch.