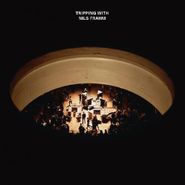 Tripping with Nils Frahm is the soundtrack to the concert film of the same name, recorded at Funkhaus Berlin in 2018. Featuring five tracks from his album of that year, All Melody, as well as nods to his future Encore series and his soundtrack for the German film Victoria, Frahm kept the audience spellbound with his delicately brooding compositions. From the intricate rhythms of "Sunson" to the romantic melody of "The Dane," these are accomplished performances.