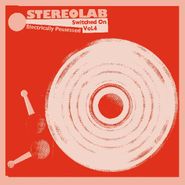 The fourth installment in Stereolab's series of rarities, singles and B-sides, Electrically Possessed, highlights the influential group's music from 1999 to 2008. The stylish, catchy "Dimension M2" from the 2005 Disko Cabine compilation is featured here, as well as "Variation One" from the 2004 Robert Moog documentary; a 2001 single, the excellently-titled instrumental "Free Witch and No-Bra Queen," is here as well, all of it remastered from the original tapes. Among other highlights are "Household Names," melodic and lightly psychedelic, and the funky "Super It."