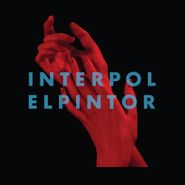 It’s great to be able to say with confidence that El Pintor is Interpol’s return to form. One of the early aughts’ brightest bands, Interpol’s past couple of releases found the band slipping a bit. Not so with the stirring El Pintor, which roars out of the gates with “All the Rage Back Home,” which at first sounds like Antics’ stately opener, “Next Exit,” cool and atmospheric before going for it with one of their best galloping post-punk jams in ages. Similarly, standout “Ancient Ways” lets Paul Banks and Daniel Kessler spraypaint surging shoegaze guitars all over the place while Sam Fogarino keeps the swaying song afloat. The trio gets sultry for “My Desire,” masterfully layering guitars and weary vocals over Fogarino’s pulsating backbeat. “Same Town New Story” wraps a Mad Men episode’s worth of ennui and despair around its buoyant, jazzy riffs. That all may sound like familiar territory, and it largely is, but the quality of the songs here more than makes up for a lack of expansion in Interpol’s sound. And when they do go beyond the dour, fitful post-punk they’re known for, the results can be equally stunning, as when singer Paul Banks rises above his dark croon into a surprisingly effective falsetto on the goth Beach Boys-style “My Blue Supreme” and cathartic pop-rock of “Everything Is Wrong.” Interpol, how we’ve missed you.