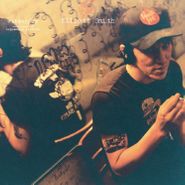 It's hard to believe Elliott Smith's classic album Either/Or, his last album for Kill Rock Stars before signing with major label DreamWorks, is 20 years old, but at least it means fans can now experience it in a remastered and expanded edition. Under the supervision of Larry Crane, archivist of the Estate of Elliott Smith, each track has been remastered from the original tapes and includes live recordings from the 1997 Yo Yo A Go Go Festival in Olympia, Washington, as well as the remastered B-Side "I Don't Think I'm Ever Gonna Figure It Out," and three, unreleased studio tracks, including "I Figured You Out," a great example of his intimate, melancholic, yet catchy and playful, songwriting.