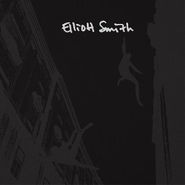 Twenty-five years after Elliott Smith's self-titled second album was released to little fanfare by the press, this highly-influential work gets the attention it deserves from the good folks at the Kill Rock Stars label. Smith is a songwriter of great emotional depth whose influence on indie rock cannot be underestimated. This influence continues to expand and shape music years after his death, and this dark and beautiful album is considered his seminal work by many. The anniversary reissue includes many bells and whistles for fans, but the most thrilling detail for many will be the inclusion of the earliest known recording of Smith performing as a live solo act. The Smith family’s official archivist, producer and engineer Larry Crane, sorted through archive of reels, cassettes, DAT tapes, and digital files to locate the best sources for Smith’s first-generation mix downs.