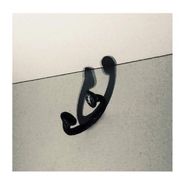 Lupe Fiasco’s seventh LP, DROGAS Wave, comes out swinging. It’s lengthy, clocking in at twenty-four tracks — fortunately there’s no filler on here. Lupe imagines a narrative, an alternate reality in which the slaves who died on the brutal passages overseas are reborn as underwater creatures called LongChains who guide the ocean waves, helping others to freedom. Similarly, on “Jonylah Forever” Lupe reimagines the too brief life of Jonylah Watkins, the infant killed by gunfire in Chicago, and what she would’ve done, how she would’ve made a difference in her community if she lived. Tribute is also paid to drowned three-year-old Syrian refugee Alan Kurdi on “Alan Forever.” While it may sound dark, there’s a buoyancy to Lupe’s lyrics and a wondrous dreaminess to the melodies. The experience of listening to the full album, one track after another, is a thing of heartbreaking, hope-filled beauty.