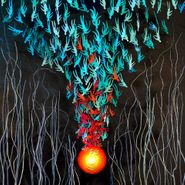 Bright Eyes is back with their first new studio album since 2011's The People's Key. Down In The Weeds... harkens back to that record's sound, but with one notable difference: Thanks to Nathaniel Walcott's touring with the Red Hot Chili Peppers, Flea was recruited to record bass for much of the album. Unsurprisingly, the distinctive bassist adds interesting layers to songs like the darkly dramatic "One and Done," and a sliding groove to the exhilarating "Tilt-A-Whirl." "Persona Non Grata" is classic Bright Eyes on the other hand, with a nice burst of bagpipes in the bridge.