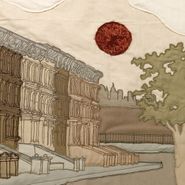 Bright Eyes' now legendary 2005 album I'm Wide Awake, It's Morning is back on shelves as part of the reissue campaign announced earlier this year. Selected songs from the band's seminal early releases are getting reworked by a cast of indie all-stars and released as companion EPs, with the accompanying original album getting polished up and reissued in tandem. On listening again, I'm Wide Awake, It's Morning still has an arresting power; no one can craft a story like Conor Oberst and many of the tracks on this album are simply unforgettable. As folky and warm as the compositions feel, there's also a deep well of emotion always on tap, whether Oberst is singing of redemption, loss, or both tied into one. It's a gem of an album that should win a whole new generation of fans with this new release.