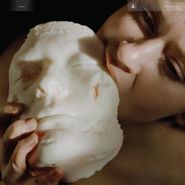 Pharmakon’s brutal fourth album, Devour, is her first recorded live in studio. Recorded by Uniform’s Ben Greenberg, it’s as ferocious and fascinating as any of her earlier live recordings, with shattering electronic textures and possibly even more intense than usual vocals. Margaret Chardiet seems to push herself even further than usual in response to the constant crises of our era; she wrote the album as an investigation into the idea of self-cannibalization as, she says, an “allegory for the self-destructive nature of humans; on cellular, individual, societal and species-wide scales.” Which is precisely what it sounds like: all-consuming, menacing, and very smart.