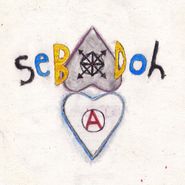 Amid the countless recent reunions of '90s bands, the timing seems perfect for the return of Sebadoh. While he's been toiling beneath the din of J Mascis' guitar heroics in the reunited Dinosaur Jr. for years, Lou Barlow's second-fiddle position in that band hasn't given enough of an outlet for Barlow's own songwriting. Thus Barlow sounds hungry on Defend Yourself, the first Sebadoh album since 1999. "Can you tell that I'm about to lose control?" he asks on the outset of the album on "I Will," over a serviceable melodic jangle. That statement proves true, as things get more interesting as Defend Yourself progresses. The stuttering "Beat" provides ample room for Barlow to shred both his guitars and vocals. It sounds as though Barlow's world is coming apart in the rumbling "Defend Yr Self"—an understandable position, given the end of his marriage, which provides bitter fuel for Barlow's fire on this album. Songs like "Oxygen," an upbeat indie pop-rocker, and "Once," a tentative instrumental, provide respite (though "Oxygen's" typically caustic lyrics remind us that even the shiniest apples from Barlow are laced with arsenic). But Barlow's at his manic best in songs like "Inquiries," which heaves into a nauseating (in a thrilling way) final portion, or "Final Days," which pairs headlong, full-band rush with world-doubting lyrics ("it's all made up and a waste of time" Barlow sings under his breath). With a mouthful of bile, Barlow spits out the songs of Defend Yourself. The resulting record feels as crucial and relevant as anything he's been a part of.