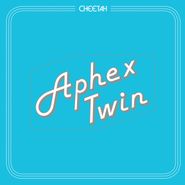 Cheetah, the latest EP from Aphex Twin, amps up slowly. Named after a discontinued and apparently unloved early ‘90s synth (synth fans online seem to consider it at best mystifying and at worse, unusable), Richard D. James’ latest release is icy, industrial, pulsating, and evocative. The first tracks are minimalistic, more focused on rhythm than sound palettes, with washes of color and moody atmospherics gradually seeping into the mix. As the EP progresses, it takes on acid vibes and ’80s soundtrack style, with wistful flutes and dark, longing synth tones lending to its sense of ephemerality. Once Cheetah has reached its bouncy final track, things have gotten as close to a dance floor jam as anything you’ll find on an Aphex Twin release.