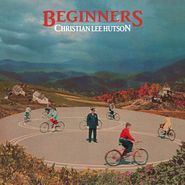 Christian Lee Hutson's debut album Beginners was produced by Phoebe Bridgers, with whom he worked on both Boygenius and Better Oblivion Community Center, and it shows in its sparse arrangements. Like Bridgers, Hutson has a penchant for clever or sardonic lyrics, but his melodies are lighter and more '60s-influenced, as evidenced on the album opener "Atheist." "Get The Old Band Back Together" is a fun, more ramshackle number, featuring harmonica and the unforgettable line, “You idiots in your leather jackets and glasses / you know I can still kick all your asses.”