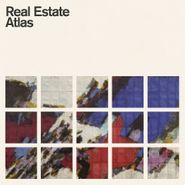 It should be no surprise that Real Estate’s third album is another impeccably crafted piece of beautiful guitar music. The New Jersey band has only made the necessary updates to their sound over the past few years, like polishing a statue into perfection. The album’s first few tracks offer everything we’ve come to love about this band, with sunny jangle-pop songs (opener “Had to Hear” and single “Talking Backwards”) butting next to nostalgic, minor-key songs about suburban splendor and decay—like being depressed about seeing a high school friend that never moved on, Matt Mondanile sings “I walk past these houses where we once stood/I see past lives, but somehow you’re still here,” with perfect precision on “Past Lives.” Real Estate’s lyrics have often taken a back seat to their shimmering guitarwork, but here they’re a bit more prominent, shining a light on Mondanile’s minimalist approach—despite how lovely the music is, songs like “Crime” are pretty depressing when you get down to it, with lyrics like “I wanna die/lonely and uptight.” Musically things have expanded a bit, as the band throws in more overt nudges toward easy listening and ’70s singer-songwriters in “The Bend” and country tinges in the gauzy, pretty “How I Might Live.” Instrumentally, these guys are just top notch, as they make instrumental “April’s Song” an album highlight, even without Mondanile’s soothing vocals, allowing his tremoloed, romantic guitar lines to do the singing for him. Atlas is simply a stunningly beautiful piece of guitar pop.