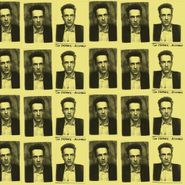 If you liked Joe Strummer 001, you'll be glad to know that the beloved Clash frontman has been celebrated again with a new compilation called Assembly. This collection features previously unreleased live versions of "I Fought the Law" and "Rudie Can't Fail" by Strummer and The Mescaleros in 2001, plus a solo acoustic version of "Junco Partner" from Sandinista. But the focus this time is on his band The Mescaleros, with six of their tracks not included on 001, such as the moody ska-rock tune "Tony Adams" (Rock Art and the X-Ray Style) and the epic "At The Border, Guy" (Global a Go-Go), with all its tropical and reggae flavors. Also featured is the pretty, Latin-influenced "Sleepwalk" from Strummer's 1989 solo album Earthquake Weather.