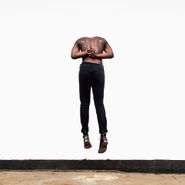 It's rare to be confronted by people who reinvent a genre. Moses Sumney combines so many elements in his debut that it channels a multitude of sounds, including a type of freedom led by the Odd Future weirdos, some jazzy elements right out of a Dorothy Ashby album (replete with harp), and even an amount of Sade heard in his whispery vocals. Aromanticism is an ambitious concept album about lovelessness and the social constructs with which we live, combined with music that sounds equally modern and incredibly futuristic. Moses Sumney's voice is unlike anyone else today and is guaranteed to grab your ears the moment he starts to sing. It has the great qualities of R&B with careful harmonics and power delivered in each line, but there's type of afrofuturism in his voice and music that makes it sound unlike anything you've heard. "Doomed" is probably the perfect example of his art as it is a pure showcase for his voice. Delivering true thought and feeling straight into the mic, the lyrics about the human body and love get into a rare type of spirituality that hasn't been heard like this since the '70s. "Quarrel" is a psychedelic, smooth song that goes into so many surprising directions your brain feels like it's being pulled apart. The jazz fusion feel of the opening suddenly gets spacier as soon as the Fender Rhodes starts to get overtaken by a harp that goes real funky. It almost feels like it shouldn't work or that it might be too "arty" for its own good, but it's so hauntingly gorgeous, you just surrender yourself completely to the song. When a genre like R&B is already going through a modern renaissance, an album like this will suddenly drop and change the game completely. Moses Sumney is going to be a major artist to watch.