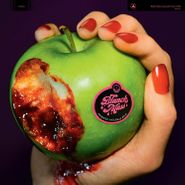 Animated Violence Mild is a force of nature. The latest from Blanck Mass is frenetic and intense, its electronic melodies tightly-wound before erupting into overwhelming cataclysms of sound. The album serves as a response to grief felt on both a personal and a global level; Benjamin John Power is grappling both with his own loss and with the greater world seemingly spinning out of control due to violence, greed, and consumerism. Maybe that’s why this new masterpiece from the always-excellent Blanck Mass packs such a punch…maybe it’s the impeccable craftsmanship, the artist’s ability to craft totally unpredictable ticking time bombs that take electronic music into uncharted territory.