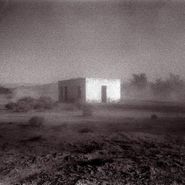 Godspeed You! Black Emperor create another masterpiece of sustained attack and release on the post-rock band’s first release in a decade. Though their last album, Yanqui U.X.O., found them failing a bit to communicate their ideas of political protest, ALLELUJAH! DON'T BEND! ASCEND! is more in line with their classics — musically, with their great apocalypse-now-on-tape F#A#∞, in its slow building chaos; and with its lack of an apparent overarching theme, like Lift Your Skinny Fists Like Antennas to Heaven. This isn’t to say ALLELUJAH might not have an overarching theme, but you don’t need to grasp it to enjoy the music. “Mladic” begins with a snippet of a voice saying “with his arms outstretched” over elegiac drone of organ and string, clearly evoking religious ceremony, but that gives way to a throbbing monolith of sound rife with metallic noise and Eastern tonality. The fact that the song is named after Ratko Mladic, the Bosnian Serb war leader accused of genocide in the Bosnian War, gives the song some added gravity. Godspeed You! Black Emperor have never shied away from militaristic imagery in both its music and album covers, and “Mladic’s” crushing 20 minutes can feel like a death march, but their sense of dynamic is also impeccable, as the song shifts nearly 15 minutes in for a more triumphant, if still warlike, tonal theme. The string-heavy “Their Helicopters’ Sing” flutters after as a six-plus minute gap between the album’s massive 20-minute tracks, but its unsettling drone offers no reprieve in terms of severity. The next longer track, “We Drift Like Worried Fire,” actually does break up the harshness with a passage of relatively soft mystery-building, marked by gorgeous, clear-cut guitarwork and hopeful strings. True to its name, the track drifts through its hanging notes, though the collective’s always-spectacular drumming stands out like branches to cling to amid the roaring sound forest. The music’s sheer beauty alone will likely make it many listener’s favorite on the album, although its placement halfway through the album aids in making it feel like a great breath of fresh air. The more “worried” portion of the song, its second half, returns to the feel of the album’s first track with a military march beat and Sonic Youth-inspired sonic squall, though it retains the wonder offered in the song’s first half. The song’s closing quarter takes that sound to a more melodic place, almost a standalone song in that the band begins to sound more like a traditional rock band, albeit one without vocals who saves its catchiest portions for the last bit of a 20-minute beast of a song. “We Drift Like Worried Fire” is an exhilarating listen, brimming with ideas and carried out as smoothly as an EP-length song with multiple movements can be. The album’s closer, “Strung Like Lights at Thee Printemps Erable,” is shorter and more drone-based, like “Their Helicopters’ Sing,” rounding out the album as guitar drone washes out the strings and seems to wipe the palette as a warbling, keyboard-based drone closes out the album, unsettling and offering little resolution. Through careful pacing and patience, Godspeed You! Black Emperor create a breathtaking, unforgettable listening experience of uncommon depth.