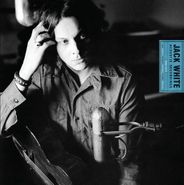 Jack White's collection of acoustic recordings shows off the rocker's gentler side and gives you a clear idea of his unique and singular blend of styles. Influenced by a myriad of bluesmen - from the delta blues sound of Mississippi John Hurt and Blind Willie Johnson to the English wave of blues rock like Led Zeppelin - the strange, undefinable rock figure needed a collection like this to reevaluate and rethink his career. Though he's forever synonymous with the brightly colored, endlessly catchy rhythms of The White Stripes, the garage rocker seems to be prouder of his roots influences and his way of coloring with a simple acoustic guitar. The album's 26 tracks were picked and pulled from singles, albums, B-sides, and alternate mixes to create one cohesive narrative. The newly released and previously unheard White Stripes track "City Lights" is a beautiful folk solo song that contrasts perfectly against Meg White's mechanical drum part, stampeding along until ending with a long solo that owes more to the American Primitivism sound of John Fahey. "Apple Blossom," recently featured in the film The Hateful Eight, is a very simple ballad that could almost be confused for a rejected track by The Zombies. The alternate mix, recorded on tape with a raw, loose feeling, is even more beautifully sloppy, especially with the bouncy, honky tonk piano. Although it's a career retrospective, the album seems to capture something special. Even with all the extra unheard tracks and alternate mixes, this isn't just some interesting compilation of a brilliant career, but is an entirely new album on its own.