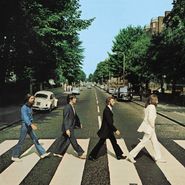 Following the supersized reissues of Sgt. Peppers and White Album, 2019 marks the third year in a row we revisit The Beatles’ monolithic contributions to the pop era, this time commemorating the 50th Anniversary of that album whose mere cover art is irrevocably linked to the story of rock ‘n roll. As the swansong to their recording career, Abbey Road should not sound as joyous as it does. Following the brilliant arrogance of White Album, ostensibly four solo albums in one, and the shaky chemistry that characterized the Let It Be sessions, it’s no secret that The Beatles had one of the more contentious (and certainly most publicized) band fractures in all of history; their infamous infighting and ego-squabbles elevated to the status of rock ‘n roll canon. So perhaps in the moment, and certainly in retrospect, the completeness that defines Abbey Road comes as a surprise. All the whimsy, invention, and energy that represented the creative peak of the fab four is fully present across these 45+ minutes of music, and just like the band’s other most important works, influence the direction of rock music for years to come. Though The Beatles would forever call it quits just days before its September 26th, 1969 release, Abbey Road lives on in any and every rock ‘n roll ambition that followed. Its 16 minute, side two medley could indeed singlehandedly increase the commercial viability of prog rock, without any of the bloat or pretension associated with the genre. Hell, the original release featured what was probably the first ever “hidden” track, a gimmick that wouldn’t be fully exploited until the CD age.

Unlike the reissues for Sgt. Pepper’s and White Album, there isn’t quite the treasure trove of unearthed material to pull from, undoubtedly due to the fact that album had a much shorter gestation period than those previous two. The remix sounds amazing, though it’s not as drastic as the 2017 facelift of Sgt. Pepper’s simply because recording technology had improved so much in that original two year span, probably more so than any other point in pop history. However, the extras that are included are well worth the price of admission. This is especially true for the July 30, 1969 recording of “The Long One,” the working title for that famous side two medley, which even in its rough form highlights that magic Lennon/McCartney chemistry which still remained. Ample consideration must be given to Abbey Road being the greatest “what if?” statement of all time; for all its achievement and brilliance, what else could The Beatles have accomplished had they stuck together? Imagine the sonic adventurousness and pop savvy of Wings mixed with the bracing and confrontational Plastic Ono Band. Include that with the sublime sweetness and eastern mysticism of George Harrison’s solo work that’s perfect in just the right amount. And of course there’s, um, Ringo. That timeline doesn’t exist, yet for two sides of one incredible album, Abbey Road remains the closest we would get to it being realized. Fifty years later, we have another reason to celebrate that it was ever gifted to us at all.