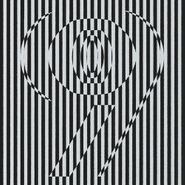 Australian psych rockers Pond sound better than ever on their ninth studio album, appropriately titled 9. The band dove into their writing/recording sessions in search of a new energy; eschewing their usual strict music making routines, they recorded improvisations and built the songs that would become 9 from these very loose uninhabited jams. Ironically, the tracks sound remarkably intense, tightly-crafted, and ultra intriguing. It’s a good look for the always reliable Pond. Frontman Nick Allbrook has said that much of the lyrical focus on the album is on those “small moments or small things when you zoom real close up and they reveal something deeper.” Maybe that’s a good metaphor for this latest release, too. Crafted from small, almost throw-away moments, the band has built a truly meaningful living and breathing collection of songs.