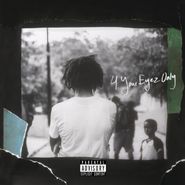 J. Cole's last album, 2014 Forest Hills Drive, was both a profound personal statement about childhood, sexual insecurities, adult angst, and the follies of success, on top of being an addictive listen with smooth beats that sounded closer to Jay-Z's prime in the early 2000s. But after hints at an early retirement and a declaration in September that he was going to stop performing for "a long time," it's a real sigh of relief to get his newest album. Partially recorded at the famous Electric Ladyland studios, J. Cole has made this his most intimate and personal album. He even jams out on the piano and guitar along to some of the tracks. J. Cole has been keeping reclusive since the album's announcement, and the mystery and anticipation for this is just building and building as he's ready to take us on a wavy trip.