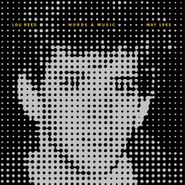 In honor of the late legend’s 80th birthday, Light in the Attic Records has teamed up with Laurie Anderson to release Words & Music, May 1965, a collection of heretofore unreleased Lou Reed demos and alt takes. Just before the Velvet Underground as we know it would coalesce, Reed teamed up with John Cale to record these songs straight to tape. Reed mailed them to himself as a “poor man’s copyright”—those packages were unopened for almost fifty years. These tracks aren’t just historical curiosities; they’re also vibrant, moving, and potent indicators of what was to come. Newly remastered by engineer John Baldwin (Merle Haggard, Public Image, Ltd., John Hiatt), the album also features liner notes from journalist Greil Marcus. A must-hear for fans.