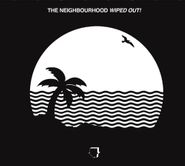 Their first album wasn't a mere debut by a competent rock band. I Love You was an atomic blast of teenage pain and emptiness. Now slightly older, slightly more polished, and a lot more accomplished, The Neighbourhood's sophomore album drips with confidence as it explores sounds from booming radio anthems to neo-psychedelia to the lonely electronica sound that feels perfect for solo dance sessions. Using post-modern mixtures of genre and tossing them in experimental ways, the album feels like a hodge podge of painful feelings filtered through Millennial eyes. With an album that can be described as "epic chillness," The Neighbourhood is prepping themselves to break out in a bigger way than you've seen before. If you've had a great summer, Wiped Out! is the perfect reminder that the beautiful season in the sun is over.