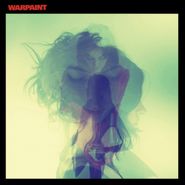 Shoegazey trip-hop with luscious melodies wrapped in layered vocals. They have perfected ‘desert psychedelia’ but whatever it’s called, it’s beautiful.

Warpaint’s The Fool was a great slow burner of a record, one that grew on you with each successive listen such that it continues to sound great years on. Now, four years later, the ladies of Warpaint return with their long-awaited second record. As is their way, Warpaint unfolds at an unhurried pace, relishing in subtleties with songs whose meanings or melodies you might be able to place right away, but whose impressions lasts much longer than instant gratification-style pop songs. They’re sort of the spiritual successor to the band Slowdive, the shoegaze greats who encountered as much acclaim as derision during their time, due to their milky, washy music, but who have since been ensconced as one of the most beloved bands of the ’90s. The effect of Warpaint’s music is similar, washing over you in spurts and leaving streaks. With a band like this, it’s generally tough to name singles or easy entry points, but Warpaint has some moments that stick out, namely “Biggy,” a great, trip hoppy pop song along the lines of Radiohead’s Kid A/Amnesiac period, while “Disco // Very” sees Emily Kokal’s vocals getting distorted and nasty over, yes, a disco beat, recalling some of the disco-rock of the ’00’s, only with a dirtier, dubbier tone. In these songs, Warpaint sees the band stretching their wings a bit, while fans of the first album will find much to love in the album’s dark, atmospheric corners. It’s altogether a fantastic, well-considered second album that proves the rewards of patience.