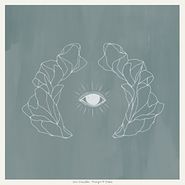 It’s tough to pin down just what makes Jose Gonzalez’s music so special. On one hand, the Swedish troubadour writes simple songs that don’t stray far from a template, drawing inspiration from Nick Drake, Simon & Garfunkle and Latin folk. On the other hand, the songs on Vestiges & Claws, his third solo album, possess a paralyzing beauty, their lyrics a clarity that is all too rare in a time when folk music seems to be more about looking like you were born in 1918 and festival-style chanting. Lyrically, Gonzalez deals in existential themes and inward thoughts. “Stories We Build, Stories We Tell” seems to be about a fight, but his line “sitting in silence, wondering what to do” sums up the feeling, capturing a rare in-between state while some snarling acoustic solos untie a homespun groove. Musically, Gonzalez still can pack hidden hooks into these songs the same way he did on a song like “Heartbeats,” but he’s boosted them ever-so-slightly, adding swelling choral harmonies to the curative “Let It Carry You,” for instance, or tracing private heartache with a beatific flute while he sings “Why didn’t I see the forest on fire behind the trees?” on the stunning track “The Forest.” Vestiges & Claws may deal with heartbreak, but Gonzalez has the uncommon gift to turn it outward and craft relatable songs about dealing with loss and seeing the light at the end of the tunnel, especially on the album’s core tracks, the rousing “Leaf Off / The Cave” and “Every Age,” a universal ballad about knowing oneself, being good to one another and “making the best of this short-lived stay”—that may sound cheesy, but Gonzalez makes you believe. In the end, Gonzalez’s music communicates hard-won optimism, and as such, Vestiges & Claws feels restorative, passing through you and filling in the empty spaces.