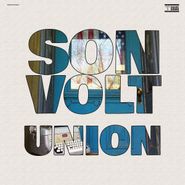 Jay Farrar’s music is a juxtaposition of Tom Petty/Bruce Springsteen-inspired heartland rock, the proud soundtrack behind beer commercials and the like, coupled with an endless well of righteous indignation. On Union, Farrar trains his sights onto this current administration; with song titles such as “While Rome Burns,” “Lady Liberty,” and “Truth to Power Blues,” and with sample lyrics like “Journalist in jail, covering the scenes, the profit columns rise for the corporate machine,” the galvanizing intent behind these 13 tracks is crystal clear. Yet don’t confuse a lack of subtly for lack of nuance, as while Union’s message is uniform throughout, it’s clothed in many shades of flannel: “The 99” evokes the aforementioned Petty while “Reality Winner” and “Holding Your Own” could be outtakes from R.E.M.’s Automatic for the People, another album of richly textured Americana ornamenting tales of political and personal discontent. For a band as steeped in tradition as Son Volt, there’s nothing undignified about comparison.