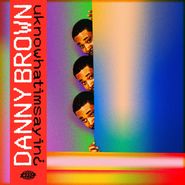 Danny Brown’s work on uknowhatimsayin¿ sounds so close to a weirdo version of a record from rap’s golden age that it’s no surprise Q-Tip executive produced it. Which isn’t to say that Brown’s getting derivative; no, this is an instance of game recognizes game. Brown simultaneously sounds smart as hell and as unhinged as a loose cannon — it’s a tightrope act to be sure but considering that Brown never makes a false move, it’s an experience that’s easy to take pleasure in. Expect the unexpected on this gritty, spaced out, boundary-pushing album.