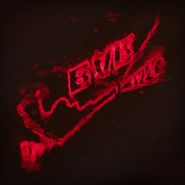 The Roadhouse played host to a number of stellar acts on Twin Peaks: The Return but the combined impact of their appearances doesn’t really hit until you’ve listened to the show’s Original Soundtrack album. Opening with Angelo Badalamenti’s classic theme and venturing into haunting oldies, energetic hip-hop/dance, wistful folk, and atmospheric indie, listening to the artists back-to-back is like being transported into a dream you wish would never end. Curated by Lynch himself, the songs do an effective job of capturing the show’s emotional tenor and captivating tone. A gift for fans of the show who want to revisit Lynch’s vision again and again.