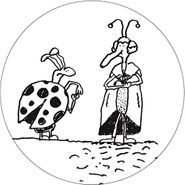 Portland's Strategy a.k.a. Paul Dickow is a real whiz behind the boards and master of a number of styles, from Talking Heads-ish dub pop to proper dub, from drifting ambient to stepping house. The four tracks on 'Tuff Life' fall in the latter category, and what can we say? His studio expertise and pristine sound design permeate this release, from the fine dub clouds on the title track to the wobbling "Danse du Gibbon" and "For Those Who Came Before", to the jagged but funky aggression of "Juice Riff". Highly recommended!