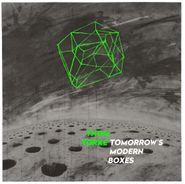 Back in September 2014 Thom Yorke released his second solo album as a bit torrent bundle. It’s hard to tell whether or not this was a successful release technique or not. Yorke has never been afraid to go against the grain when it comes to obtaining his music. Recall the days when you could pay what you wanted for In Rainbows or when the album King Of Limbs hit the shelves out of nowhere. Now the message is this:

“It's an experiment to see if the mechanics of the system are something that the general public can get its head around … If it works well it could be an effective way of handing some control of internet commerce back to people who are creating the work. Enabling those people who make either music, video or any other kind of digital content to sell it themselves. Bypassing the self elected gate-keepers. If it works anyone can do this exactly as we have done.”

The record was summarily downloaded several hundred thousand times and is now on its third vinyl pressing. So I suppose it worked. The album is a sonic manifestation of what that attempt of trying a new avenue would sound like. Yorke sounds very playful in this ambient glitch atmosphere he has created. It is in that spirit of playfulness where the record shines. There is little expectation having been almost 10 years since his last solo outing and therefore there is no grave preciousness attached. Refreshing and flighty, Tomorrow’s Modern Boxes is a piece from Thom Yorke that questions ownership. His or otherwise.