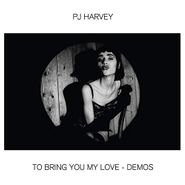 PJ Harvey's acclaimed 1995 album To Bring You My Love has hit its 25th anniversary this year, prompting not just a reissue but also an intriguing separate release of demos from the record. The witchy, bluesy rawness of the Grammy-nominated album -- with its ubiquitous hit "Down By The Water" -- is further accentuated on these murkier demo versions. Featuring many references to Captain Beefheart and some Nick Cave darkness, To Bring You My Love was a true breakthrough for Harvey, who had just gone solo after the dissolution of the PJ Harvey Trio. This demo set is for the true fans to hear how it all came together.