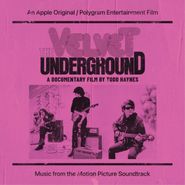 Just like the legendary band it depicts, the soundtrack to Todd Hayne’s The Velvet Underground: A Documentary Film is almost overwhelmingly cool. Along with classic VU tracks, you’ll get the requisite rarities, as well as songs that influenced the band, from the Diablos to Bo Diddley. It’s mind-expanding, atmospheric, and packed with some of the highest quality prime choice cuts in recent musical memory. Curated by the director himself as well as music supervisor Randall Poster, this nicely-packaged overview of the Velvets also features liner notes penned by Haynes.